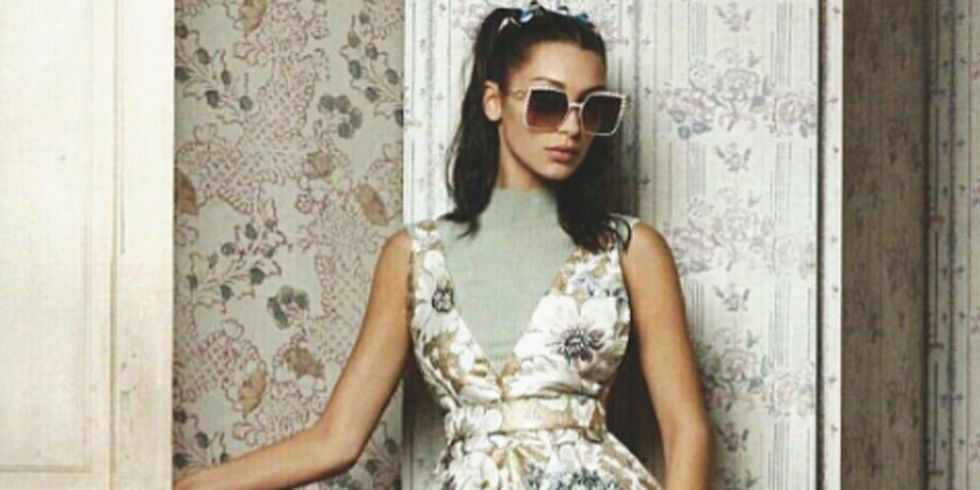 If you were proud of yourself for hitting the gym yesterday, Bella Hadid is here to one-up your New Year’s resolution. The model rang in 2017 by landing her first Fendi campaign, shot by none other than Karl Lagerfeld, of course.

The younger Hadid sister debuted the new ad on Instagram, writing, “what a dream come true to start off the new year!”

Featuring a muted color palette and romantic florals, the Spring 2017 ad is quite a contrast from Fendi’s previous campaign starring Kendall Jenner in bold colors and colorful furs.

After having an incredible year as one of 2016’s most in-demand models and closing Fendi’s 90th anniversary couture show last July, Hadid landing her first campaign for the fashion house hardly comes as a surprise. Looks like she has no signs of slowing down in 2017.

Hello. Few days ago I had a problem with wordpress, so I had to uninstall it and download it again due to technical reasons. But now we are back!! Thank you for visiting the site 🙂

Today Bella turns 20! We want to wish her the best of birthdays! We wish happiness, health and love!

Who is Bella Hadid?

We are NOT accepting Elite affiliates!

Bella Hadid Source at bellahadid.org is an unofficial fansite. We have no contact with Bella, her friends, family, representatives, etc. This site is made by fans for the fans.
All images in the gallery belong to their respectful owners and no copyright infringement is intended. All content and graphics are copyrighted to SAK unless otherwise noted.